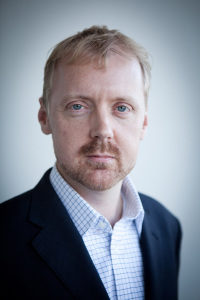 Patrick Bailey has notched up more than a dozen concerts at the helm of Hertfordshire Philharmonia, making him our most widely used conductor to date.

Patrick Bailey held the conducting scholarship at the Royal College of Music where he worked as assistant conductor to, amongst others, Sir Andrew Davis and Diego Masson. Further study was made possible by a generous scholarship from the Wall Trust. Whilst at the Royal College he won prizes for both conducting and composition including the Worshipful Company of Musicians Silver Medal and the Constant & Kit Lambert Award. He has since won bursaries to continue his studies at the Britten-Pears School as assistant to Oliver Knussen and at the Dartington International Summer School. He has conducted concerts with Sinfonia 21, New Music Players, Britten-Pears Orchestra, Feinstein Ensemble at the Barbican, South Bank and St. John’s Smith Square and at festivals in Aldeburgh, Brighton, Salisbury and Warwick.

For The Opera Group he has conducted tours of Shostakovich’s The Nose and Peter Maxwell Davies’ The Martyrdom of St. Magnus and also conducted opera for the Norfolk and Norwich Festival, Dartington Festival, Solaris Music Theatre and the London College of Music. Patrick has also given concerts in France, Germany, Dubai, India and the USA.

Other recent engagements include concerts with the Orchestra of the Royal Marines, for Music for Youth at the Royal Festival Hall and in festivals at Thaxted, Bath, Buxton and York as well as a Radio 3 broadcast with the New Music Players. Patrick is Head of Conducting at the London College of Music & Media where he directs the Orchestra and Composer’s Ensemble.