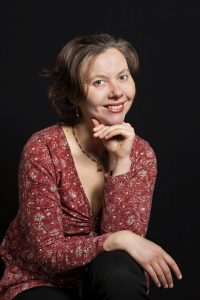 Rachel Fryer (piano) was born in Hemel Hempstead, went to Hemel Hempstead School and led the Dacorum Youth Orchestra. Her educational background is very diverse, having studied as far afield as Kharkov, Ukraine, The Royal Scottish Academy of Music and Drama and The Royal College of Music, where she was awarded a Masters Degree in Advanced Performance and many prizes. She has received guidance from renowned pianists including John Lill, Barry Douglas, Joanna MacGregor, Steven Kovacevich and Bernard Roberts.

She has been widely praised for her depth of musical understanding, sensitive interpretations and virtuosity.  She has performed throughout Britain at venues including Croydon’s Fairfield Hall and St. John Smith’s Square and for music societies including the Beethoven Piano Society as well as on luxury cruise liners. Her recordings have been broadcast on Classic FM and on European radio and television.

Rachel now lives in Sussex where she is in demand as a soloist and accompanist. She has performed for the Brighton Philharmonic Chamber music series and worked with Glyndebourne Youth Opera. She performs with education groups Kidenza and Orchestra of Sound and Light.  She is also Founder and Concert Director for Music and Wine at St. Luke’s, a concert series in Queen’s Park, Brighton.

Rachel has given many performances of Bach’s Goldberg Variations which she has recorded and in July 2020 she premiered Variations Down the Line, a project which commissioned 5 composers to each write 3 new variations based on and interspersed into Bach’s Goldbergs.